Pride from grain to bottle

Nestled between the sea and the Charlevoix mountains, the Menaud distillery and brewery takes pride in celebrating its beautiful region.

The tasting room features a modern design and an industrial look, but the Menaud distillery-brewery exudes nothing but warmth. Its atmosphere is relaxed and the owners are friendly and cheerful. Behind the bar, you’ll see beautifully designed bottles of gin and vodka that, in the last two years, have become the Menaud trademark among spirits lovers. Many visitors come to this industrial district of Clermont, near La Malbaie, to buy these coveted products.

The founders describe the company’s origins as follows: the name is a nod to the novel Menaud, maître-draveur, written in Charlevoix, which inspired the brewery to celebrate its region through artisanal and local products crafted under the theme “from grain to bottle.” The team proudly produces its 95% local alcohol by collaborating with various neighbouring producers and growing its own hops at the brewery.

“Just like the character of Menaud, we’re craftsmen,” explained one of the founders, Enrico Bouchard. “We’re master brewers, master distillers. In the story, Menaud staunchly defended the region against surveyors. We are now using everything that Menaud defended; everything comes from the region, from the farmland that was protected. We searched for a name that reflected our Charlevoix identity.” 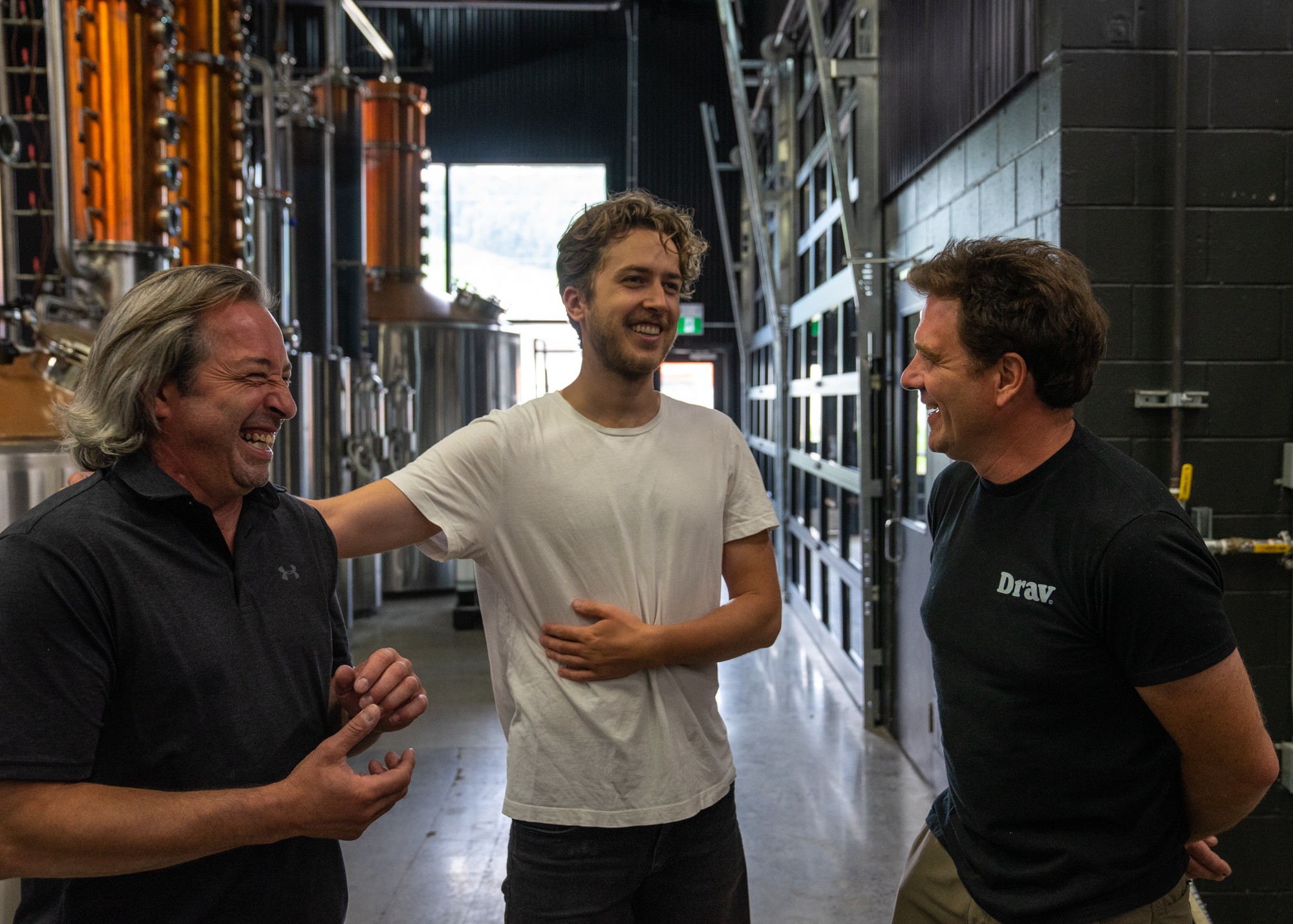 These five friends and associates turned their vision of housing a distillery and brewery under the same roof into a reality: Martin Brisson, a sculptor who took charge of distillation; Enrico Bouchard, an engineer who designed the plans; Charles Boissonneau, responsible for  the superb brand image; and Grégoire Bluteau and Gilles Brouard. One thing was clear: people would definitely get a warm welcome.

“From the beginning, we wanted a place where we could give tours of the facility,” says Martin. “The tasting room offers a view of the stills—a beautiful sight— so people can see the fabulous equipment. They can take a guided tour and enjoy a beer outside on our patio.” As they sip on refreshing Amarillo with hints of mango, or Persil, concocted with plants from Isle-aux-Coudres, visitors can admire the growing hop plants. 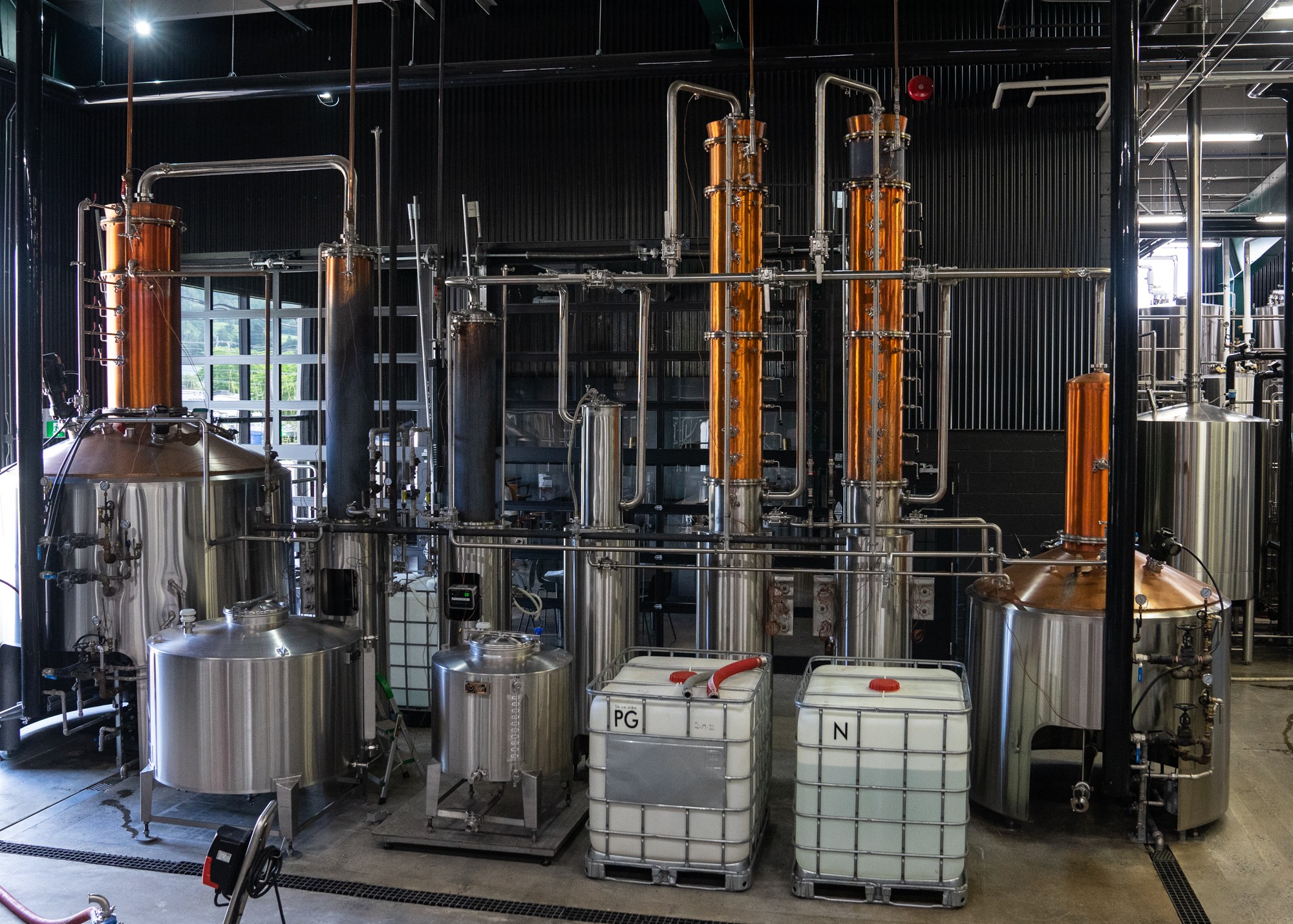 While the group had initially wanted to produce whisky (they promise it’s coming in a few years), Menaud has focused on vodka, gin and beer: drinks that have a gentle quality in common—the pride of being produced from their native land.

“Our approach from the outset was to use local products in our concoctions,” added Martin. “To develop our spirits, we reached an agreement with the Harvey family of Isle-aux-Coudres. In Pierre Perreault’s film Pour la suite du monde, Louis Harvey worked the fields, and now they belong to his grandsons. It’s where we grow our wheat, rye and barley.”

The group, with its forward-looking ideas, was seduced by the salt water and limestone soil (from a meteorite!) of Isle-aux-Coudres, which make it ideal for farming. “We thought, ‘there’s going to be something special about this grain’ and we were right.” 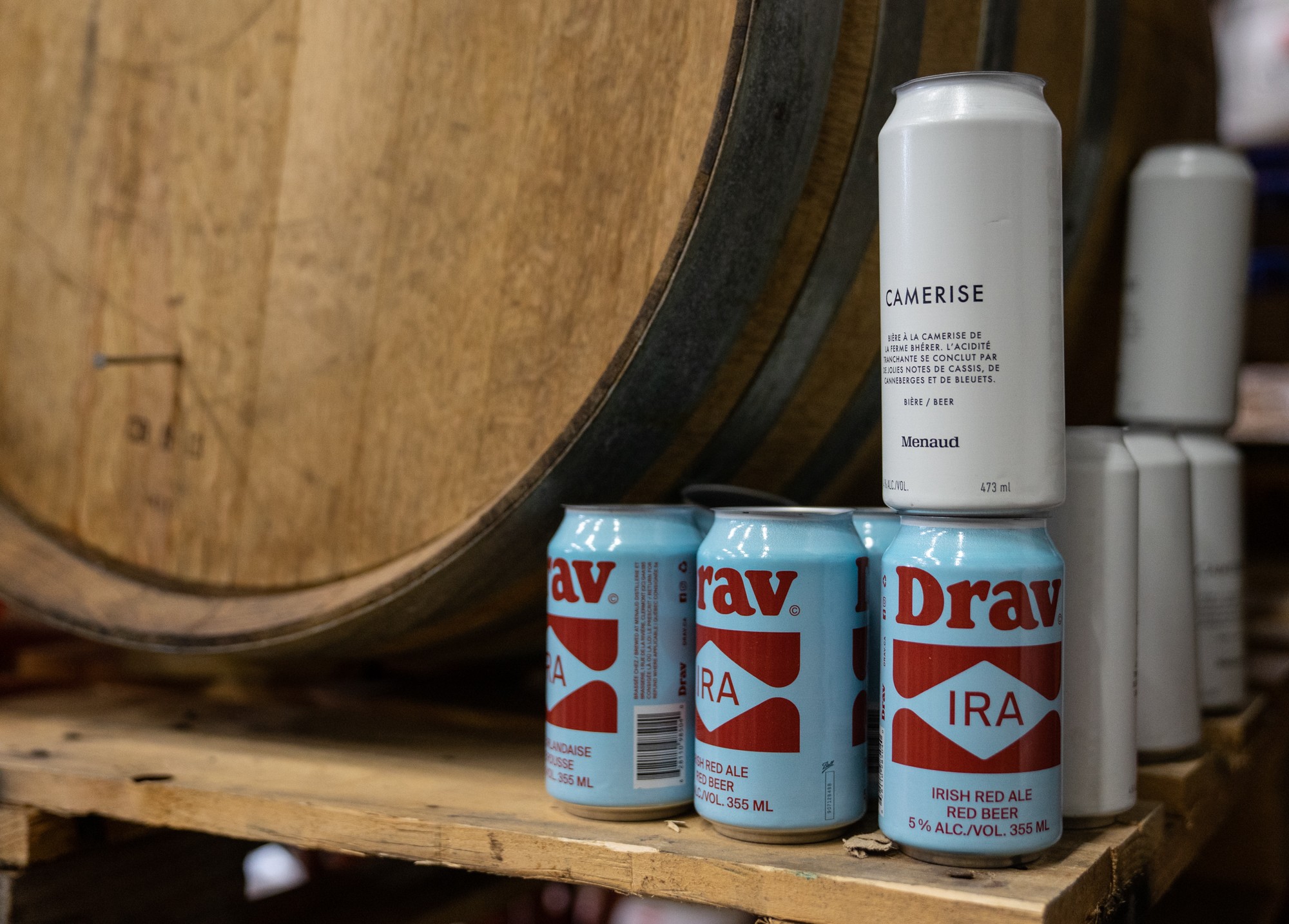 Not wanting to distort the taste of the grain, the Menaud team opted for a naturally flavoursome wheat-rye blend. From these field grains, alcohol is produced and transformed into gin, vodka (filtered) and liqueur.

“This was very important at the beginning of my sculpting career and it has always remained so,” added the artist-brewer. For my sculptures, I work with wood and stone from Québec, and steel recovered from the Charlevoix shipyards. At Menaud, it was the same concept: each of my associates shares this spirit. We’ve developed a sense of pride in what we do and what we produce.” 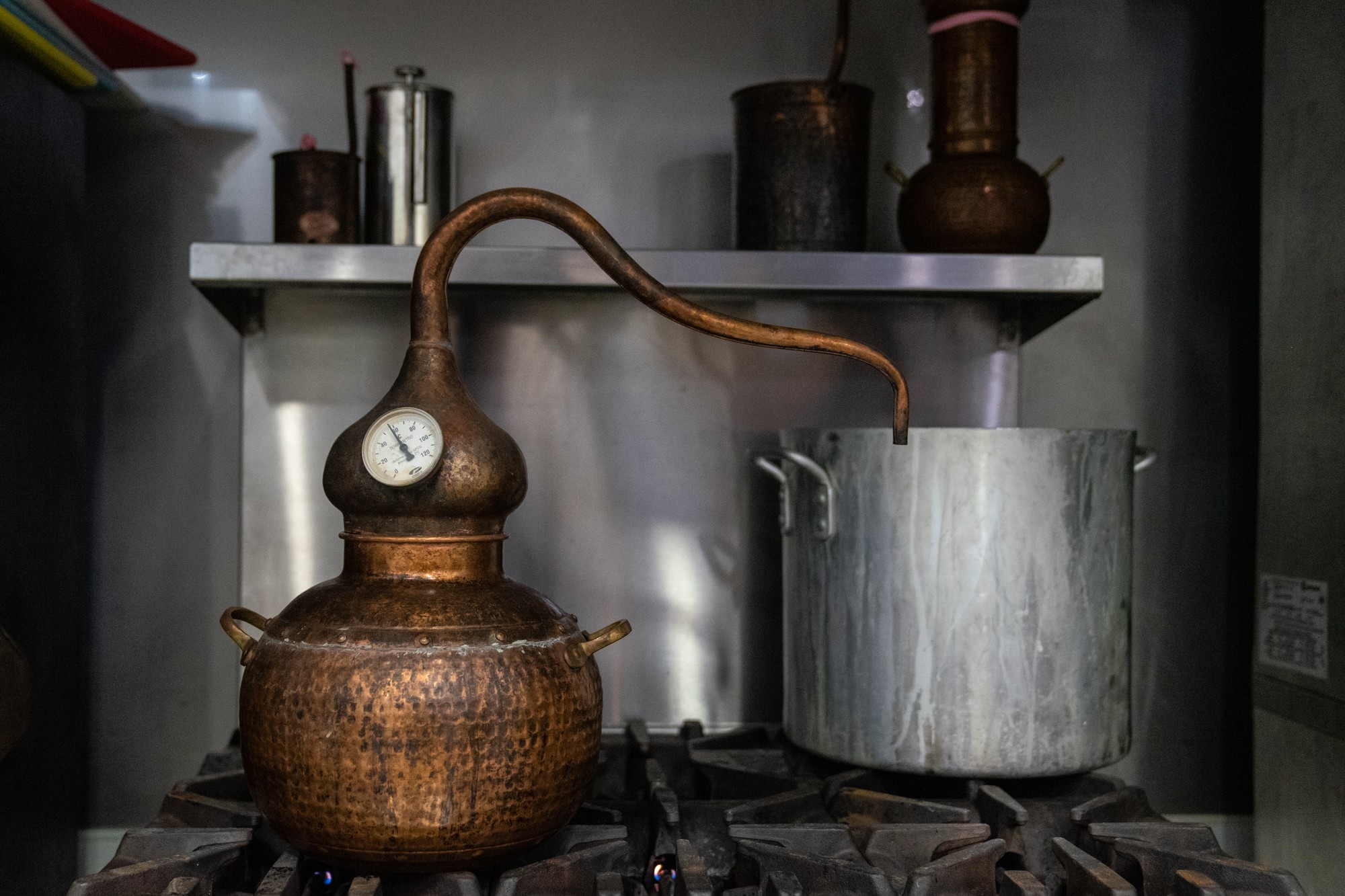 This sentiment is shared by other producers, farmers and artisans in the region, who have become more visible and who now encourage visitors more than ever before.

“Menaud is like a wild stallion that needs a bit of roping in, but it’s super exciting because it works and people appreciate it,” said Martin. “So we’re continuing to develop products and market original drinks. We have new spirits coming out, whiskey, several liqueur projects, absinthe and others that are ready to go, and beers under development.”

Comfortably ensconced at home, this is the ideal moment to savour the joys of cooking and discover our local products. The vast array of products with that special Charlevoix touch will take you on a gastronomic and comforting journey into the heart of our lovely region.